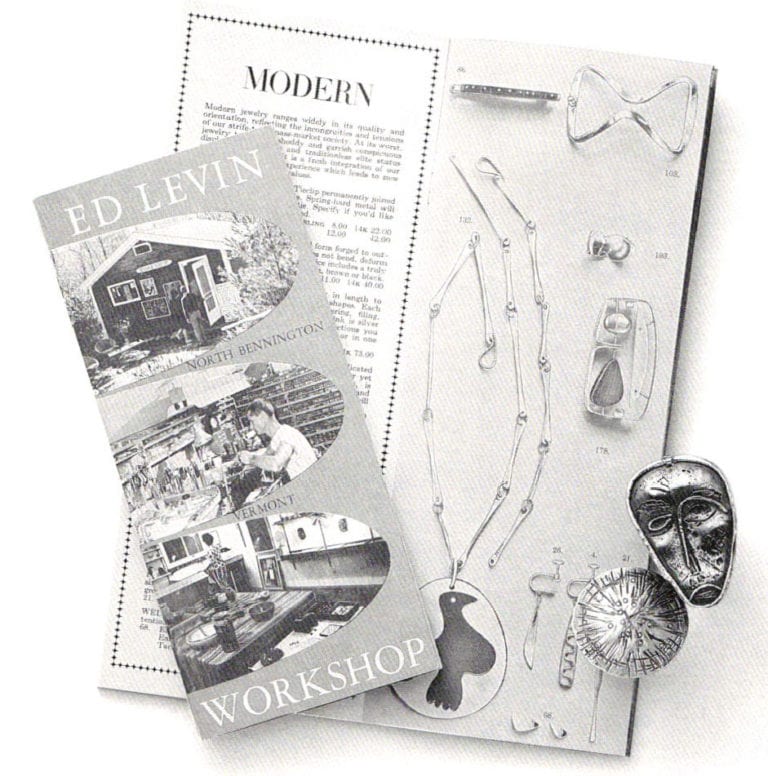 Ed Levin was born in 1921 in New York City, growing up in Long Island. He dreamed of being an artist from a young age. While studying Fine Arts at Columbia University, Levin wanted to get his mom a unique and meaningful gift. Noticing a lack of “modern” jewelry, the only thing he could find at the time were two brooches made by Cuban-American metalsmith Fransisco Rebajes. This inspired Levin to make his own modern steel and silver rings for his mother in 1942, after receiving his machinist license. Throughout the years of World War II, Levin worked several odd jobs, even working at a ward for mentally ill children in Chicago. Levin eventually returned to New York City in 1944 and taught art at the New Lincoln School in Harlem. 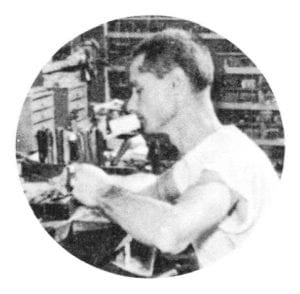 After the war, in 1947, Levin went to visit his brother in Buenos Aires, Argentina. During his long stay, he painted to support himself and also went to work for Señor Michi, a Florentine jeweler who worked in the Renaissance tradition. Here he was taught using no modern tools other than a polishing motor. This experience had a clear influence on Levin’s artistic style.  After a year in Buenos Aires, he moved back to New York City and became a craftsman, making jewelry and ceramics in his bedroom, and finding inspiration in nature. Drawn to the nature and rural beauty of Vermont, Levin moved there in 1953 and met his wife, Ruth. Together they set up a jewelry studio in their attic to support Levin’s dreams. In 1958, he hired an apprentice, Charles Thompson, who later became the foreman of the Ed Levin Arts Workshop in 1964. Levin moved his workshop to Bennington Village, Vermont due to the increase in demand for his designs. This moved him into wholesale and retailing, limiting production to special orders only.

Due to the high demand, Levin assigned one worker to be responsible for one piece each, start to finish, to ensure the handmade quality that he had promised in his business model. It started with a freehand drawing done by Levin, and then was turned over to the production manager. Then the prototype was made and modified. After the prototype was accepted, a worker received a kit with a model made by Levin and step-by-step instructions. Each piece was then inspected by Levin and approved before it could go to market. As the market for handcrafted jewelry rose in 1970, he sold the retail business in 1973 and moved their operations to Cambridge, New York.

In 1981, Levin delegated the company, then called Ed Levin Jewelry, to Tom Wagner. Wagner computerized the firm and set to the task of increasing the number of customers. Wagner went to Jewelers of America shows twice a year, and employed telemarketers to offer samples to promoting retailers. The staff grew to 35, raised annual sales to $1.5 million, and is now sold in over 40 stores in the U.S. Levin continued to be involved with the problem-solving side, along with tools and production methods. Despite these changes, Levin’s goal to make unique and modern pieces that can be worn for a lifetime continued to be a major part of the company.

Today Ed Levin Jewelry is known as E.L. Designs and is now led by Peter Tonjes. When Tonjes was 12, he attended an after-school jewelry class and by high school, was making and selling his original designs. He received his B.A. in Metal Arts from the State University of New York at New Paltz. Out of college, he was hired by Levin to manage productions, ultimately becoming president of the company in 2004. Tonjes bought the company in 2012 and renamed it E.L. Designs. 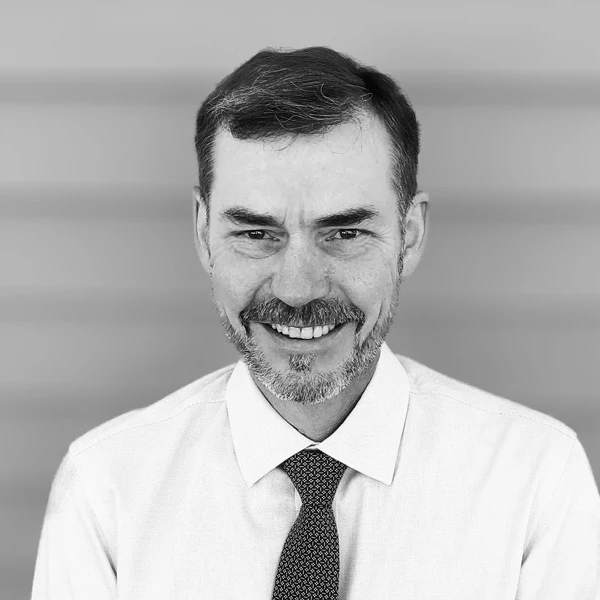